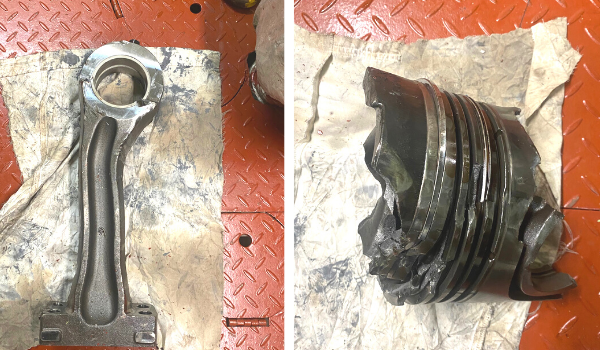 One of the auxiliary engines on a bulk carrier had a major breakdown. Lack of maintenance on the Daihatsu DK20e engine was a breeding ground forengine damage. A loose engine part caused great damage on pistons, conrods and the crankshaft. This resulted in a damaged block as well. We inspected the damage and proposed a solution so that the shippingcompany only had to change the broken parts instead of the entire engine.